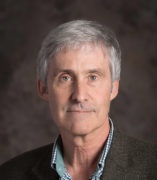 John M. Daugherty, MS, CMI, FAMI is program director of the UIC Biomedical Visualization graduate program. He is the recipient of numerous honors and awards for his illustration work in medical education and healthcare marketing, including over twenty salon awards and several Ralph Sweet Member's Choice Awards (Best of Show) from the Association of Medical Illustrators (AMI). He is a five-time recipient of the Excalibur Award for Teaching Excellence from the UIC AHS Student Council, a recipient of the Emil W. Hospodar Excellence in Teaching Award from UIC in 2008, and a recipient of the Brödel Award of Excellence in Education from the AMI in 2013.

John has served on the Association of Medical Illustrators Council on Education Council on Education Committee since 2011. He led the external review of Iowa State University's Biological/Pre-Medical Illustration (BPMI) undergraduate program in 2016, and was elected to the Board of Directors of the National Museum of Health & Medicine Chicago in 2012