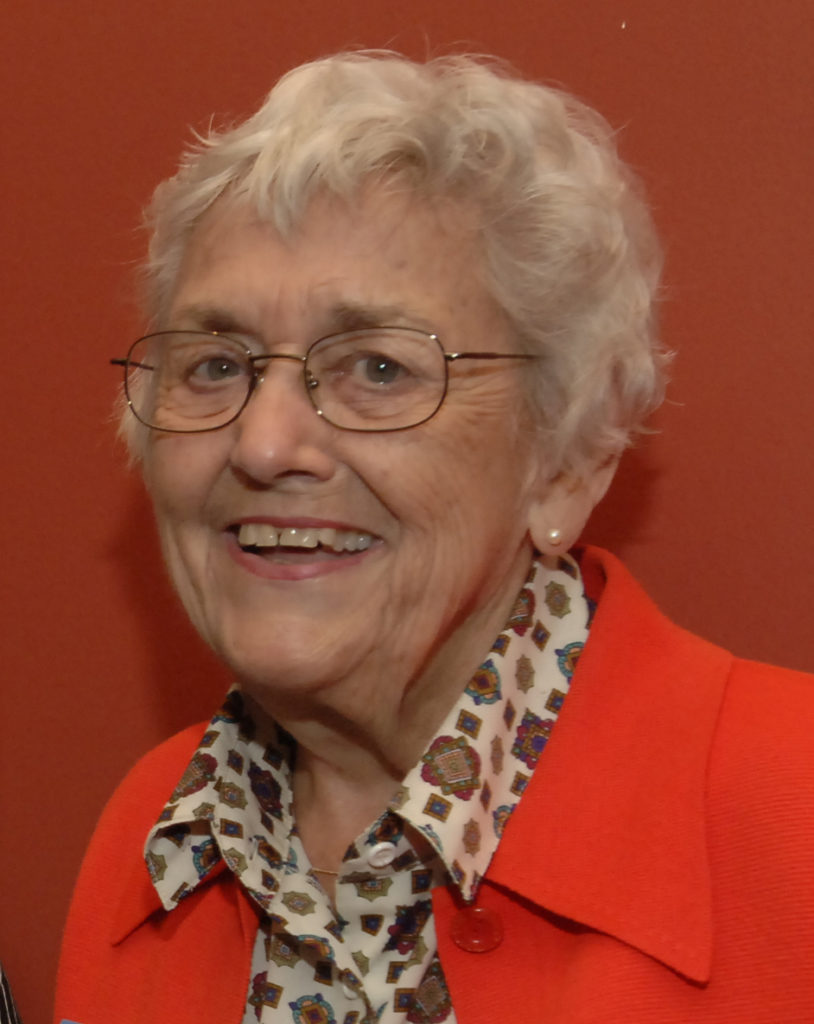 Barbara Loomis was a teacher, mentor and leader in occupational therapy whose legacy continued after her retirement with a scholarship for OT students at UIC.

Twelve students so far have benefited from the annual Barbara Loomis Scholarship, first awarded in 2010.

“She leaves a legacy of former patients, students, and faculty who learned from her and continue to live out her values and love of learning,” said Gail Fisher, clinical professor and associate head for administration, who was a former student of Loomis.

Three years ago, Loomis sat down with Fisher and fellow OT faculty members Ashley Stoffel and Kathy Preissner for an interview about her career, to be preserved in department archives.

Occupational therapy was part of the School of Associated Medical Sciences in the College of Medicine when Loomis became a faculty member in 1964. During her 21 years at UIC, she was a clinician, faculty member, department head, and interim dean when the school became a separate college in 1979. She retired in 1981, the same year she was named Occupational Therapist of the Year by the Illinois Occupational Therapy Association.

She was an honorary lifetime member of ILOTA and the French National Association of Occupational Therapists.

Loomis earned a bachelor’s degree in 1946 from Milwaukee-Downer College, now part of Lawrence University, and a master’s in human development from University of Chicago in 1963.

She began her career as an occupational therapist at the Curative Workshop of Detroit, then went to Hines Veterans Administration Hospital.

She returned to Chicago to become supervisor of the OT outpatient unit in neurology at the University of Illinois Hospital, then spent two years with the Arthritis and Rheumatism Foundation before joining the OT faculty as assistant professor and curriculum coordinator. In 1971, she succeeded founder Beatrice Wade to become the second head in department history.

After her retirement, Loomis remained active in OT professional organizations at the state and national level. Her service in the American Occupational Therapy Association included committees on accreditation, gerontology and education. She served on the editorial, advisory and review boards of the American Journal of Occupational Therapy. She was a longtime member of the ILOTA executive board and she served on the first OT licensure board for the Illinois Department of Professional Regulation.

Her community service included advisory boards for the Chicago City College occupational therapy assistant program and Chicago State University’s occupational therapist program. She was a member of the advisory council of the Illinois Children’s School and Rehabilitation Center, the board of directors of the Community Adult Day Program in Downers Grove, and the executive board of the Heart Association of West Cook County. She received the heart association’s first public health education award.

Loomis was a longtime volunteer docent at the Brookfield Zoo and an avid traveler.

The scholarship she established helps OT students interested in teaching, either in a classroom or clinical setting.

To donate online, visit the giving website, then scan down the drop-down menu to find the OT section and the Loomis Scholarship fund. To donate by check, make check payable to “University of Illinois Foundation,” note “Barbara Loomis Scholarship in Occupational Therapy Fund” in the memo line and mail to University of Illinois Foundation, P.O. Box 734500, Chicago, IL 60673-4500.