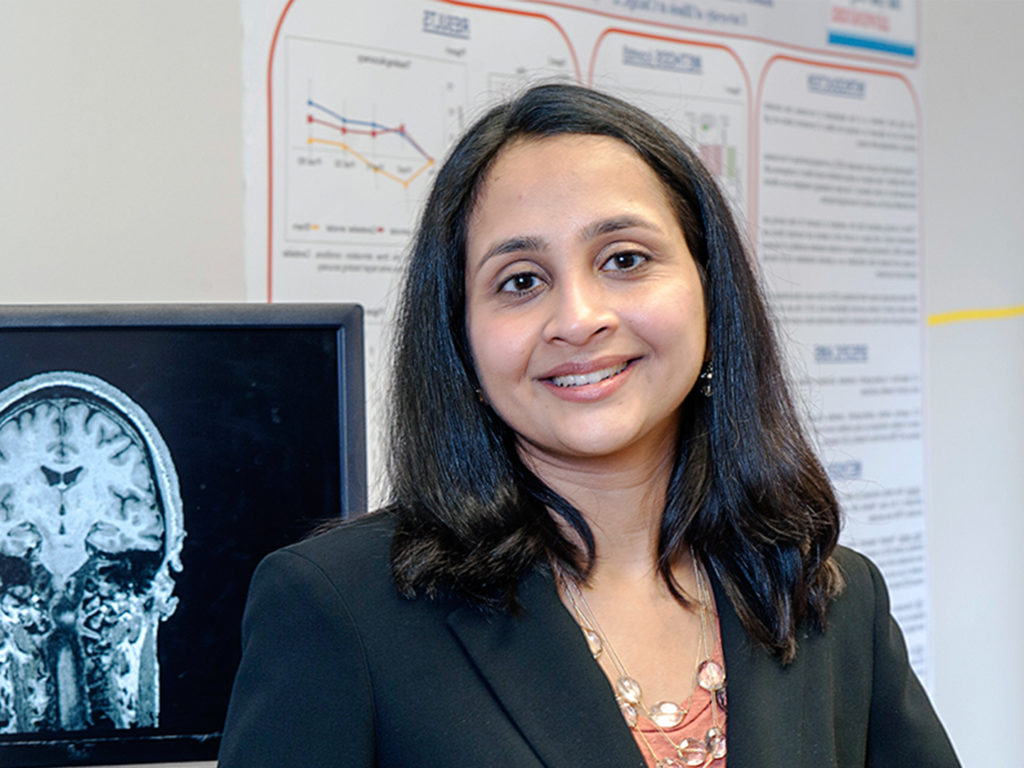 “After a stroke, almost 60 percent of people are not able to walk independently,” says Sangeetha Madhavan, assistant professor of physical therapy in the UIC College of Applied Health Sciences.

Madhavan, director of the Brain Plasticity Lab, is working to help stroke survivors, estimated to include about 6 million people in the U.S.

In her research, funded by a $1.5 million grant from the National Institute of Child Health and Human Development, Madhavan is testing whether brain stimulation combined with gait training can improve patients’ ability to walk after a stroke.

The most common approach to rehabilitation is to train muscles and re-teach walking, hoping the brain will relearn how to control those functions. Instead, Madhavan and her research team are stimulating the brain to make it more responsive to therapy. She uses a technique called transcranial direct current stimulation, which passes a low level of current through the area of the brain that controls the legs.

For the study, people 50 or older who have had a stroke receive gait training on a treadmill. One group receives brain stimulation before gait training, the other only gait training. The subjects’ walking speed and other clinical and quality-of-life measures are evaluated at the end of four weeks, then three months later.

Researchers will also compare the activity of the affected and unaffected areas of the brain, looking for changes after the gait training. This may help explain why people with stroke differ in how they respond to therapy, Madhavan says.

She received a 2015 Eugene Michels New Investigator Award from the American Physical Therapy Association for her work.