Endowed scholarship in honor of Frank Armitage is established 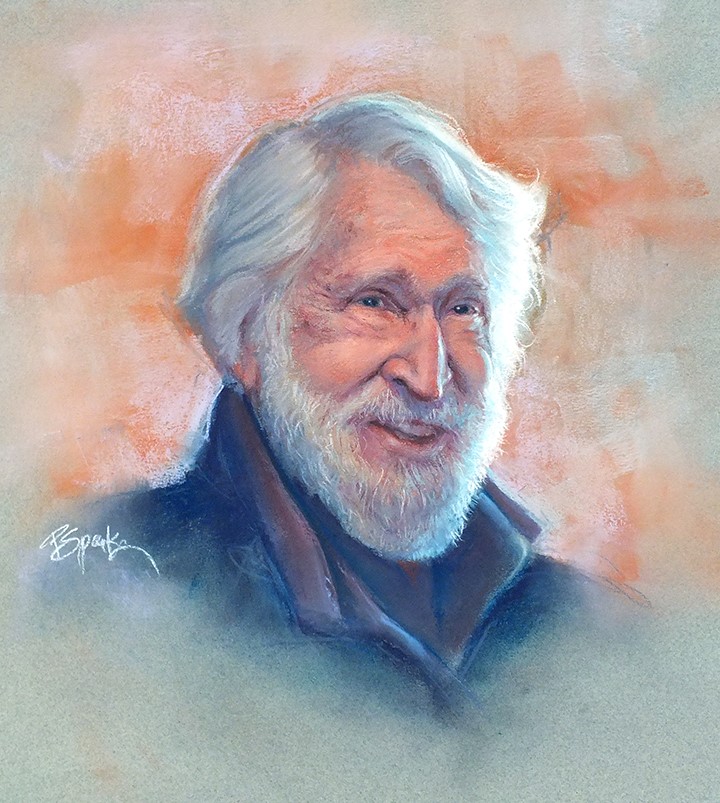 Armitage, who died in 2016 at age 91, is known for his work on such Disney classics as “Sleeping Beauty” and “Mary Poppins,” and his designs for Disney theme parks.

He taught himself anatomy and medical illustration, creating Academy Award-winning set designs for the film “Fantastic Voyage” and cover illustrations for Life magazine.

“My father had a sense for adventure and learning. One such adventure took him into medical illustration,” said Nicole Armitage Doolittle, herself a Disney Imagineer. “He would be delighted to know that this education can be offered to a deserving student.”

Armitage became involved with the AHS biomedical visualization program after meeting Scott Barrows, then head of the program and a big fan of Armitage’s work.

In 2006, Armitage donated many of his medical illustrations to BVIS, where they are exhibited in the Department of Biomedical and Health Information Sciences. In appreciation, the department began the biennial Frank Armitage Lecture Series, which brings top names in the field for talks and workshops.

“We are honored by the connection, because he was so important to our profession as a whole,” said John Daugherty, BVIS program director and clinical assistant professor.

“We really developed a relationship with him and his family,” Daugherty added. Armitage’s granddaughter (Nicole Doolittle’s daughter), Natalie Doolittle, is a 2013 BVIS graduate. Family members, including his wife, Karen Connolly Armitage, have attended the lecture series over the years.

“Each time I visited, I was awestruck by the high level of visual work that the program produced,” Nicole Doolittle said.

The first Frank Armitage scholarship, a need-based award, will be presented next fall to an entering student.

“Our program is unique—we’re one of only four in North America. Our students have a rare blend of artistic talent, scientific aptitude and motivation,” Daugherty said. “This scholarship is a good way to honor him.”

“Frank was always amazed by the creative, professional and scientific quality of the students’ work. This scholarship represents Frank’s love for education, opportunity and the perpetuity of medical illustration,” Nicole Doolittle said.

To donate to the Frank Armitage Fund, visit ahs.uic.edu/alumni/give-to-ahs.