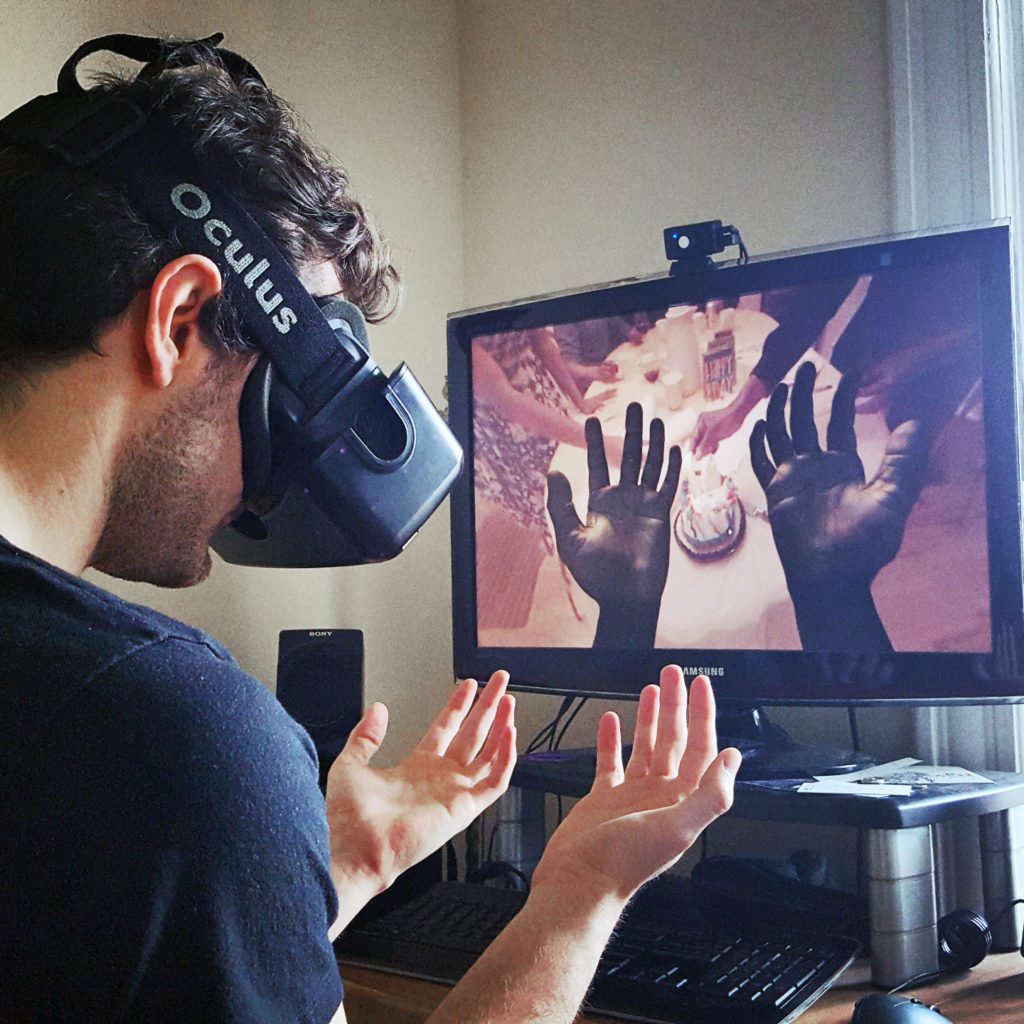 Imagine sitting across from your doctor.

He’s speaking to you, but you can’t hear him clearly. There’s a large black smudge where his face should be, so you’re not able to get help from reading his lips. What he’s saying is important, so you lean in. But you’re frustrated as you struggle to understand what’s going on.

You’re experiencing life through the eyes of a 74-year-old patient named Alfred—seven minutes in the body of an elderly man whose hearing loss and macular degeneration are misdiagnosed as cognitive impairments. It’s a virtual reality (VR) experience that Carrie Shaw ’16 MS BVIS created as her final research project in the biomedical visualization program.

To create the VR case study, titled “We Are Alfred,” Shaw worked with collaborators from UIC’s College of Engineering and the University of North Carolina’s School of the Arts.

“[We’re] trying to portray different kinds of medical conditions, sensory changes from the first-person perspective of a patient,” says Shaw. (Watch a video about the project at embodiedlabs.com.)

The project won first place in the Art/Design/Humanities & Social Sciences Category among graduate student projects at the UIC Research Forum in April 2016, and also garnered Shaw a scholarship award from the Vesalius Trust, one of the highest honors for students in medical illustration.

Given the growth rate for the U.S. population over age 65, Shaw designed “Alfred” with an eye toward its being used as part of geriatrics curricula in medical schools. 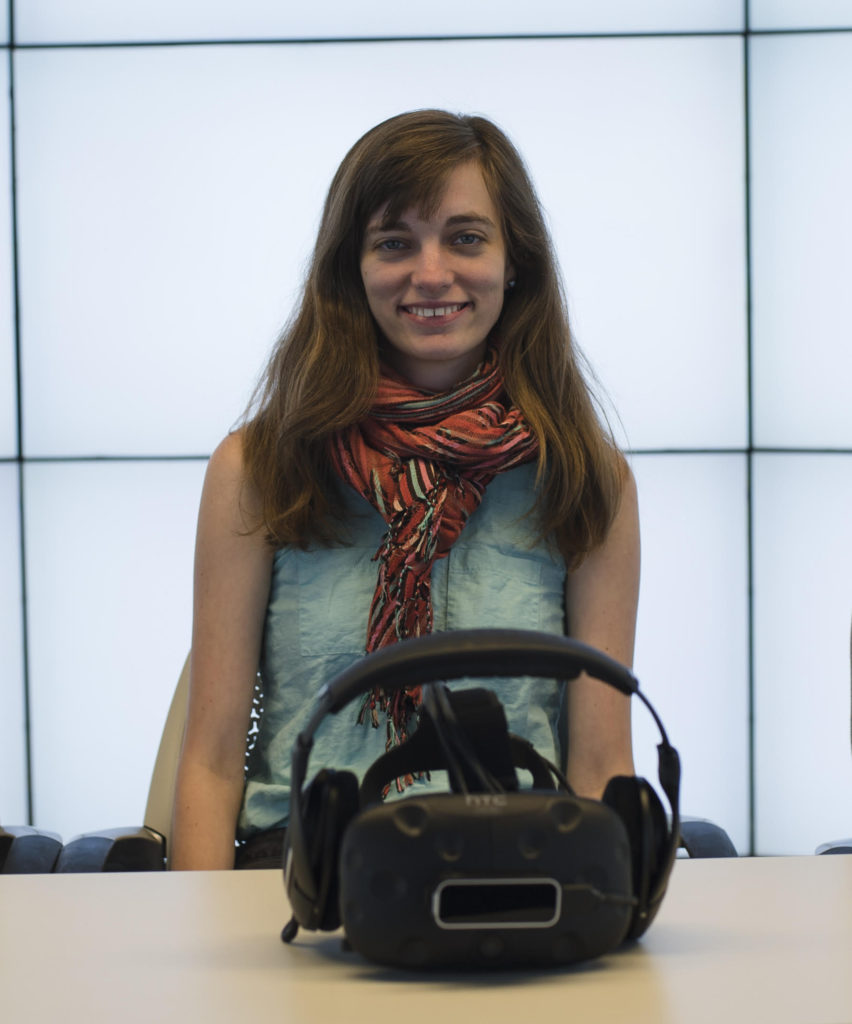 “[Medical students] are usually in their early 20s and not experiencing those kinds of challenges yet, so we decided to create something that would give them the experience of what it might be like to go through the aging process,” she says.

Indeed, users experience exactly that with the help of headphones and the Oculus Rift, a headset that can immerse them into a 360-degree VR experience. The headset also includes a Leap Motion device that tracks and projects user’s hands in the story to make them feel like he or she is actually Alfred.

“The project is focusing on comfort,” says Eric Swirsky, clinical assistant professor of biomedical and health information sciences and a faculty advisor for the project. “It’s not … treatment-oriented. It’s about comforting and understanding where the patient is so that you can be with him.”

The story, told via live action shot in 360-degree video combined with interactive computer graphics elements, is composed of six scenes. One is a daydream or memory, in which Alfred sees and hears clearly, reminding the user that an elderly person was once young and is likely struggling with aging in a way that deserves empathy.

Shaw was drawn to this work after a decade helping to care for her own mother, who has early-onset Alzheimer’s disease.

“In the beginning, when my mom was having so much trouble understanding me and doing small tasks, I couldn’t understand why,” she says. “And I didn’t want to just understand it; I wanted to feel what she was feeling. That was the first time I thought, ‘What if I could just be her brain for one hour?’”

Now, what started as a homework assignment, to put it mildly, is now growing into a full-fledged business. With her “Alfred” collaborators, Shaw has founded Embodied Labs. The start-up’s first client is the UIC College of Medicine, which will integrate “Alfred” into the curriculum at the Chicago campus during the 2016-17 academic year.

“We plan to create really sound educational models for how to use this type of VR experience in medical education,” says Shaw. “Our vision is that [‘Alfred’] could be used in every medical school in the U.S. for geriatric education.”

It’s also on her mind that this type of VR educational tool could be of interest to practicing physicians, caretakers and patients themselves.

Shaw’s ambition is to develop additional VR films that put the user in the body of the patient, if only for a few minutes. They’ll expand beyond geriatrics to create experiences of whatever medical conditions, populations or cultures their clients require.

“This technology is so cool,” she says with pure passion in her voice. “It’s the only way you can get an experience that you cannot live through in any way yourself.”