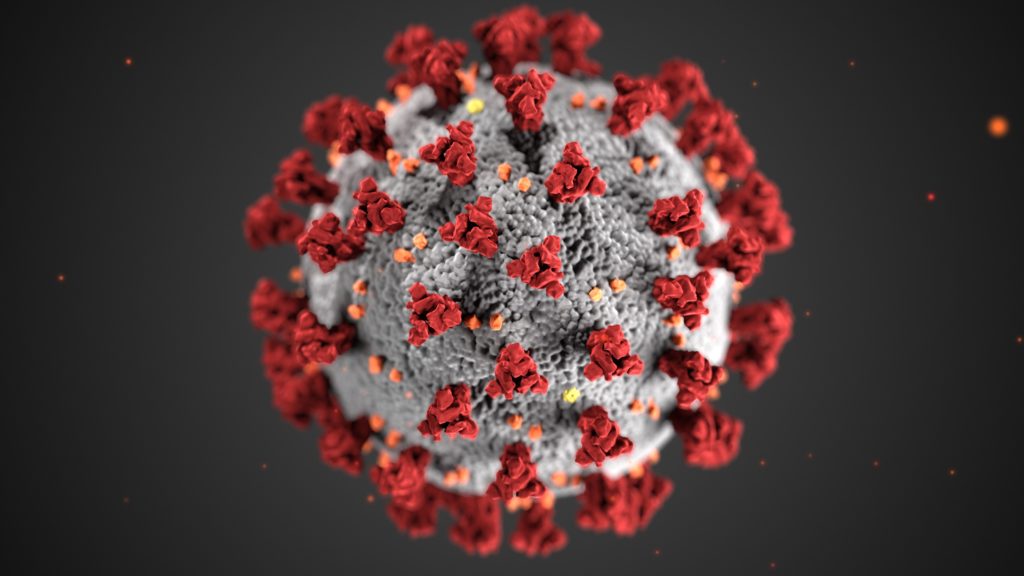 Dan Higgins ’03 MS BVIS may be the only AHS grad to see his work published millions of times around the world, online and in print, on talk shows and network news—even on “Saturday Night Live.”

Higgins is co-creator of an illustration of the COVID-19 virus seen virtually everywhere since it was released by the Centers for Disease Control and Prevention in late January.

“I had no idea that the project was going to take off like it did,” says Higgins, a CDC visual information specialist since 2002. “We were taken aback when it started showing up on talk shows, major news networks and on the cover of magazines.”

Higgins and colleague Alissa Eckert had about a week to create the illustration that would become the face of the pandemic, working with a team that included epidemiologists and virologists, public health communication specialists and web developers.

“More than just a beauty shot, it had to express the seriousness of the situation but not terrify the public,” he says.

His BVIS studies helped him hit the ground running.

I use the skills I learned at UIC every day. I not only apply the drawing and digital skills to my daily work, but also the knowledge I gained from the science courses.

For the COVID-19 project, “I was able to ask the right questions of the virologists at CDC, which helped speed up the production process. Once the research had been completed, I was able to apply my knowledge in drawing, 3D art and graphic design to create an image that was both medically accurate and visually appealing,” he says.

Since then, Higgins has been creating additional illustrations and graphics for social media and the CDC website to educate the public on the spread of COVID-19.

“It’s been incredible to be a part of CDC’s effort in fighting the pandemic,” he says. 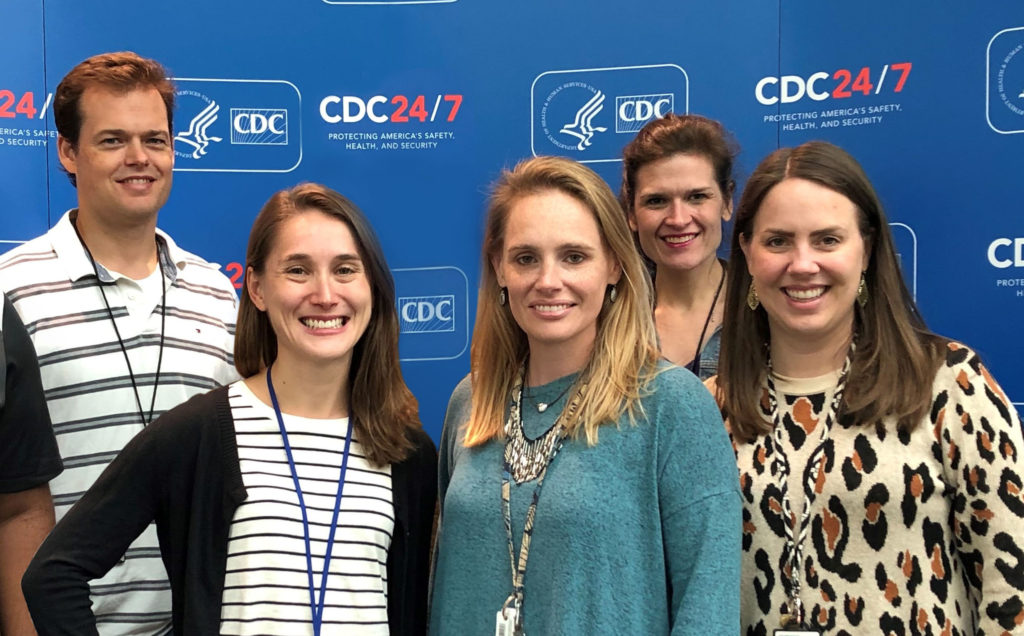 The COVID-19 assignment isn’t Higgin’s first disaster-related project. He was involved in the CDC response to the 2014 Ebola outbreak in West Africa.

“My work on creating the illustrations of the symptoms of Ebola were some of the most important products I have ever worked on,” he says.

“Since the virus was so deadly and spreading fast, the CDC had to get important information out very quickly. Because a lot of the public was illiterate, the images carried a lot of weight. The messages had to be clear so that people who experienced those symptoms knew they needed to seek medical attention as quickly as possible.”

Creating art to educate the public about complex science can be challenging, Higgins says.

“You have to know the science, but also know how to teach it to a public that isn’t as familiar with these complicated subjects. Often knowing what to include and not to include is the most difficult part of the job.”

“During the Ebola outbreak, everything had to be hand-drawn—not like a computer created it,” he says. “Some people in the villages of West Africa were skeptical of the Western scientists helping during the outbreak, so every public health message that we created had to match what the community was used to seeing—hand-drawn messaging.”

Like many people attracted to the profession, Higgins was a kid who liked both science and art.

In his first job after college, as a graphic designer at a Florida resort, he met a medical illustrator and “I was immediately hooked! I loved hearing about the cross-over between art and science and what a difference his work made to the medical professionals, patient education and public health,” Higgins recalls.

He was attracted to the AHS program in biomedical visualization for its prestige as the second-oldest program in the country and its strong focus in digital art, including 3D and virtual reality.

He was also impressed with the faculty’s wide range of expertise and skills.

“This variety opened up many possibilities and helped guide me in the path most suited for me,” he says.

Alice Katz, who was then program director of BVIS, helped him make the connections that led to his first job in the field, at WebMD.

“Many UIC instructors had a huge impact on my career,” Higgins says.

“Attending UIC was an honor and I highly recommend any person interested in medical illustration to look into the biomedical visualization program at UIC.”