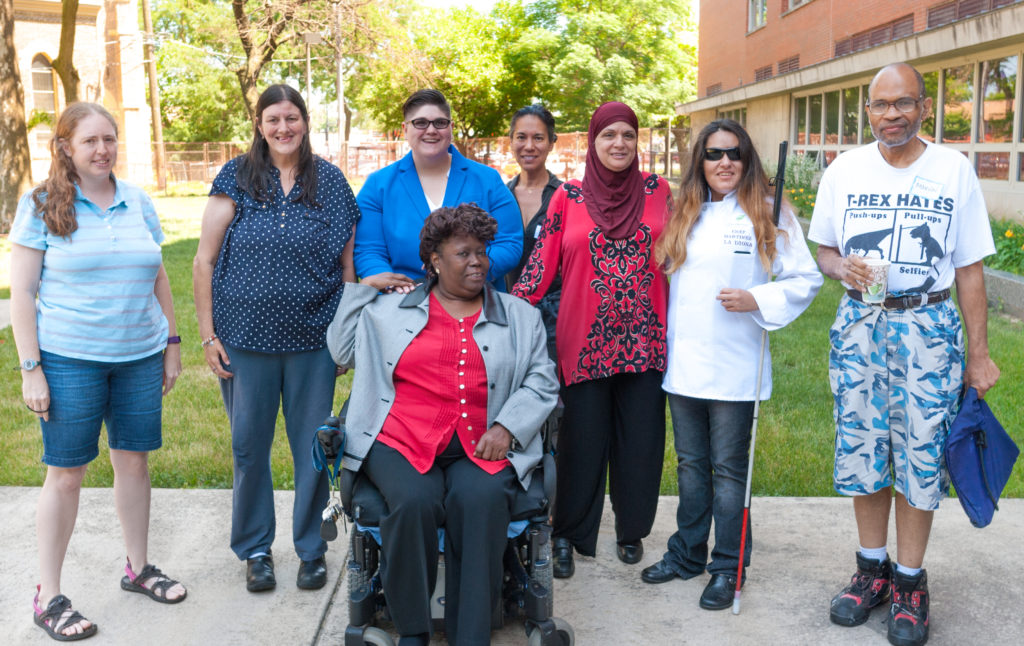 “The CEED Idea Lab is here to set achievable expectations, not low expectations, which is one of the biggest problems that we have seen with disability employment,” said Kate Caldwell, UIC clinical assistant professor of disability and human development at the College of Applied Health Sciences.

“The reality is that people with disabilities often face cultural and systemic barriers in higher education, making it harder to form peer and mentor networks, which are essential for business,” Parker Harris said. “Also, there may be additional costs such as medical, assistive technology or equipment that need to be accounted for as allowable expenses in businesses ran by people with disabilities, which are not addressed in a traditional business training program. The Idea Lab addresses these issues.”

“There are also savings disincentives for people with disabilities who are starting a business,” Caldwell said. “Saving money or having too many assets can negatively impact the public benefits that they receive. It sets a limitation that entrepreneurs without disabilities don’t have to think about. By exploring barriers like these, the CEED Idea Lab will help people assess entrepreneurial ideas and adjust ideas appropriately, if needed, for success.”

“Even if through assessments, training and other resources an individual decides not to pursue an idea, the soft skills developed through this program can be beneficial in general,” Parker Harris added. “People going through this training will develop important skill sets that are highly sought after by employers. So, this program is highly translatable to whatever career path they pursue.”

An indirect benefit of the CEED Idea Lab is its potential to reduce the poverty rate of people with disabilities, Caldwell said.

“People with disabilities are involved in self-employment at almost twice the rate of the general population, yet we still see an issue with disability poverty,” said Caldwell. “Entrepreneurship helps to create jobs for multiple people instead of the individual, which reduces poverty. When used as an employment strategy, entrepreneurship has successfully addressed poverty in other disadvantaged communities.”

“Entrepreneurship also fosters innovation by addressing gaps in the market,” Parker Harris said. “People with disabilities experience issues that can lead to innovative business solutions and generate new business, creating unique ways to address social, economic and environmental problems. By investing in this particular population, we can have greater innovations, bigger successes and utilize this anti-poverty strategy associated with entrepreneurship.”

Collaborators for the CEED Idea Lab include Robert Gould, Robin Jones and Rodney Shrader of UIC; Maija Renko of DePaul University, and the Statewide Independent Living Council of Illinois (SILC).

The CEED Idea Lab will be accessible to people nationwide and the website will be used by SILC to offer training for individuals they are serving in independent living centers across the state of Illinois.