Diet is not an individual endeavor 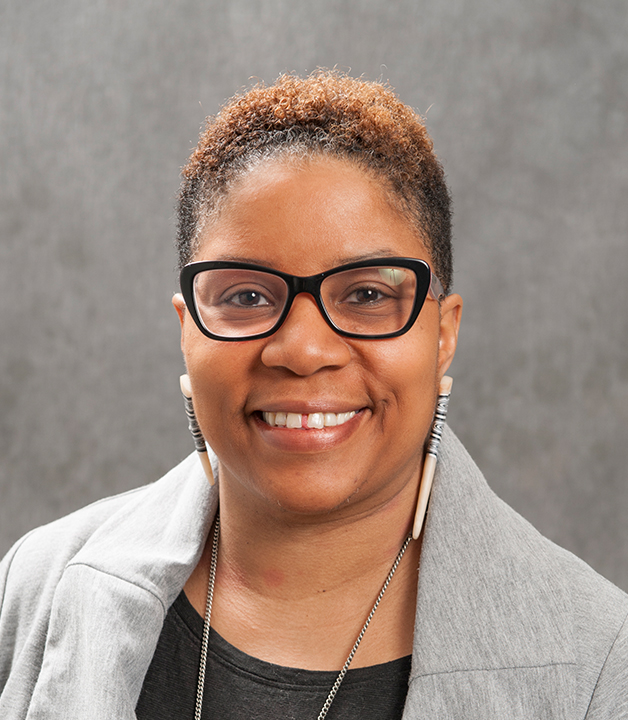 Since 1978 Cook County’s local food bank, the Greater Chicago Food Depository, has been providing food for hungry people while striving to end hunger in the community. However, with the onset of COVID-19, the food depository has seen a 120% rise in need and according to a recent poll from National Public Radio, 20% of Chicago households report facing serious problems affording food, according to a recent survey conducted by Northwestern University’s Institute for Policy Research.

Angela Odoms-Young, KN associate professor and director of the Nutrition, Obesity and Health Equity Research Group at UIC, has devoted her life’s work to fighting against food injustice and dismantling the policies and systems that lead to disparate health outcomes among racial and ethnic groups. In her research, she has seen food insecurity rise and fall over the past 20 years. But notes that racial gaps in food insecurity have continued to persist with rates in Black households being twice as high as in white households.

A key focus of her recent work is how COVID-19 has impacted Black and Brown communities more significantly. “That’s because you have this historic disadvantage, and now you’re layering a pandemic on top of that. We also saw [the same thing] with Hurricanes Katrina and Sandy,” Odoms-Young notes. “This is not new.”

Under her direction, NOHE is working on several projects to support the use of new models within the charitable food system and establish equitable and diverse food systems in communities overall that promote and sustain long-term health. To do this, Odoms-Young’s team collaborates with community organizations/agencies across the city and nationally to co-design and co-develop programs, evaluate their impact and deal with the social and structural factors that are at the root of disease, disability and death.

We need to have policy, systems and environmental changes to better support people to eat healthier and have a better quality of life.
Angela Odoms-Young  |  KN associate professor

“We won’t achieve food justice if we don’t deal with systemic, historic racism and the trauma that communities face from years and years of underinvestment,” says Nicole Robinson, vice president of Community Impact at the Greater Chicago Food Depository.

Odoms-Young is working with several organizations across the city focused on improving access to healthy foods. In the South Side neighborhoods of Englewood and Chicago Lawn, she is working with Inner-City Muslim Action Network on Muslim Run, a program that aims to increase the capacity of healthy food and beverages offered at corner stores, and Go Green on Racine, a proposed development of a grocery store and additional housing, dining and skill-building services housed in a former Chicago Public School building.

She is also part of an initiative led by Trinity United Church of Christ in the South Side Pullman neighborhood to create a planned development called Imani Village, a sustainable intergenerational community that includes housing, a grocery store, community garden, healthcare and educational facilities.

Additionally, she is collaborating with the food depository, where she is a member of the Community Impact Committee, to use an equity lens to study the needs of clients on the South and West Sides of Chicago who have been impacted by the pandemic.

For a long time, people believed that dietary behaviors were driven by individual motivation, and that willpower alone was enough to make and sustain healthy dietary choices. About a decade ago the science began to emerge showing that wasn’t enough.

“We need to have policy, systems and environmental changes to better support people to eat healthier and have a better quality of life,” says Odoms-Young. “It is important that we work together where we make sure the healthy choice is the easy choice and that everyone has adequate access to high quality, nutritious food. Diet is not an individual endeavor.”